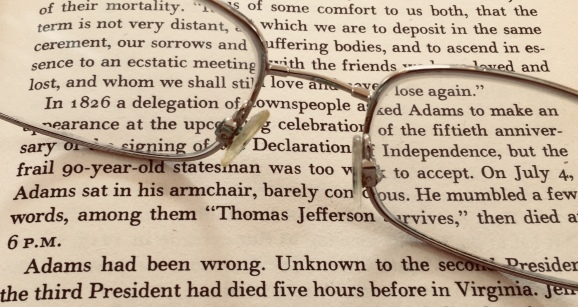 What is old age?

An elderly man, sitting next to me in our primary care physician’s office a few months ago, had an interesting take on this topic, even though I didn’t ask him for his opinion.

“Either way, they have pills for it,” he said, with one of those laughing coughs that older men are known for.

That’s gross and weird, I thought to myself.

His wife hit him on the shoulder before telling him to “Stop scaring the young man.”

The dirty old man effect notwithstanding, I had to concede that perhaps he had a point.

As my Grandmother cogently warned me several years ago, “You’ll know what old age is when you get there.” That doesn’t really help. I’ve never been a fan of surprises anyway.

Even at 40 years of age, there are hints of impending doom. In fact, when I pointed out my emerging gut to my doctor at a recent physical, she looked at my stomach, then into my eyes, and began a sentence with the dreaded phrase, “Well, at your age . . .”

Flummoxed about my aging quandary, I sought help in the form of a reputable quiz in the Elderly Times Magazine, entitled, “How to tell if you are old: three easy questions.”

Question #1: Do you feel knee soreness upon standing up, after only having sat down for six seconds? I had no choice but to answer “Yes.”

Question #2: Do you, or have you in the recent past, repeated the same joke, to the same people, twice in one week? Uh, yeah. I always do that. Which reminds me, did you hear about the kidnapping at school? Everything’s fine. He woke up.

Question #3: For the men out there: Have you recently noticed that you find the girls in the Viagra commercials attractive?

The funny thing is, only my body feels older than 40. My mind is still as immature as it was when the body it resided in was 17. In fact, my knees and brain have been arguing for the last 15 years as to whether I can still dunk a basketball or run a marathon (okay, so I’ve never done the latter and I’ve only done the former 11 times, all in the last century). The knees start laughing hysterically, the brain overanalyzes the mocking, and everything falls apart. Middle East peace has a better chance of being negotiated before my knees and brain agree on anything.

My kids take immense pleasure in telling me I’m bald, or slow, or that I shouldn’t stay up too late, because (and here’s that dreaded phrase again): “at your age . . .”

“Getting old sucks, but the alternative is far worse,” said someone to me once. I can’t remember who it was, probably because at my age . . .

I have a co-worker who was eligible for retirement in 1896, but simply refuses to do so. His ability not to care about anything or anyone is simply remarkable.

“Why should I?” he asked me rhetorically. “I’m old. Life is too short to care.” Sage advice. Especially for someone at his age . . .

By the way, did you hear about the kidnapping at school? Everything’s fine. He woke up.

3 thoughts on “On a Quest to Find Old Age”