What are you doing, gallivanting around the Capitol with your coiffed hair and raised, seditious fist, eagerly helping to instigate a riotous mob into violent action? This abhorrent behavior these past several months has directly resulted in the tragedies that have befallen our nation. You are an embarrassment to the good name Josh.

Before you say, “But my name is really Joshua,” well, so are most of ours, pal.

Josh’s aren’t supposed to bring attention to ourselves. Josh’s blend in. Josh’s go with the flow. Josh’s don’t capitalize on the hatred and fear of the less fortunate, nor do Josh’s perpetuate the lies of selfish individuals who seek to further their own means. You sir, have done both.

Based on your egregious actions, The Board of Josh’s has no choice but to strike your name permanently from the “Josh” ledger. This was quite an easy decision to arrive at.

Since you claim to be a student of history, let me teach you some.

A quick glance at the urban dictionary indicates that Josh’s are “all around awesome guys,” and that “once you find a Josh you’ll love him forever.” This has historically been true. Since parents began naming their son’s Josh in the late 1960s, the majority of us have grown into kind, humble men with a strong sense of community. Josh’s are like the Jeeps of people; proud of being around each other.

Josh’s are a community; a community of inclusivity and perpetual kindness. We don’t just love other Josh’s, either. We love everyone, even those with less fortunate names like Phyllis, and Braden. Josh’s are critical and compassionate thinkers. No Josh I know (myself included) would knowingly endanger the lives of other people who disagree with him simply to advance his own agenda. Your actions lately have not been very Josh-like.

Normally jovial and engaging, a run-of-the-mill Josh might now recite a humorous pun to lighten any tensions, and to hammer home his point in a way that disarms the recipient. Perhaps something about how he was mostly “Joshing around,” once his teaching lesson had been administered. In normal circumstances, the recipient Josh would look at the lesson-giving Josh and flash that wry smile, the universal symbol of Josh’s learning an important lesson. The recipient Josh would vow to do better next time and the lesson-giving Josh would believe him. This has been the case of Josh’s for nearly six decades!

Unfortunately, The Board of Josh’s has no confidence in your ability to learn from this experience and to become a better Josh. Don’t you remember that one Josh divided against the other Josh’s cannot stand?

A fellow board member – who had grown so incensed at your actions – suggested we refer to you as Andrew McCarthy Hawley from now on. The majority of Josh’s believe this action would further soil the reputation of Josh’s all over the world, so we will not be mandating that particular name change.

As we are a considerate group of individuals, we will allow you – despite the callous nature of your infractions – to select your own new name as punishment. It is not the nature of The Board of Josh’s to resort to name calling, and we will refrain from doing so here.

May you one day strive to achieve the good will of a Josh, despite no longer carrying the moniker.

The Board of Josh’s 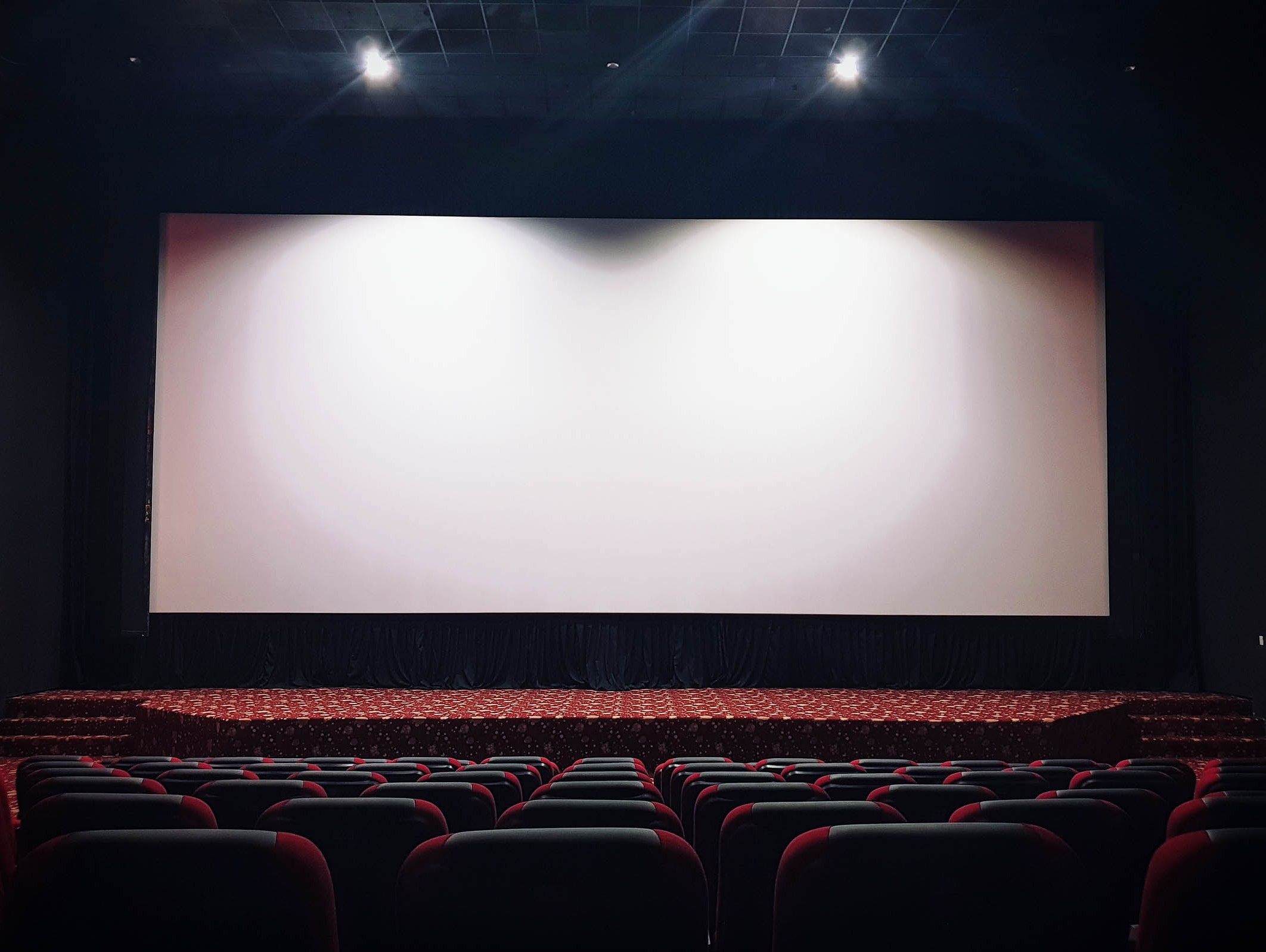 -Doc Brown (Back to the Future)

“I can’t breathe in this thing!”

END_OF_DOCUMENT_TOKEN_TO_BE_REPLACED 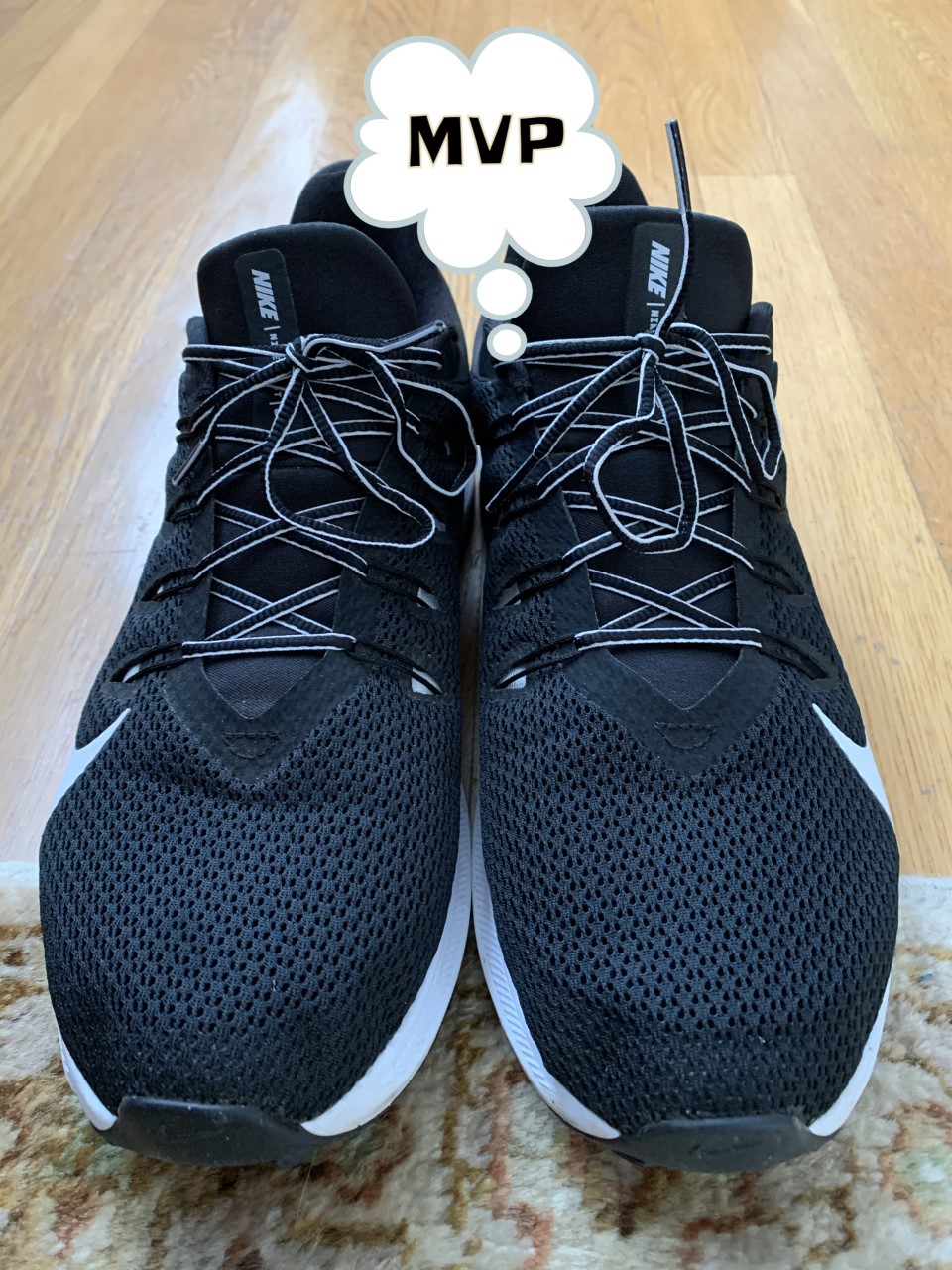 As a 43-year-old male, I find myself at a podiatric crossroads.  After four plus decades of wear and tear on these bad boys – and the subsequent complaining I’ve been doing about it – my wife told me I should consider getting myself a pedicure. END_OF_DOCUMENT_TOKEN_TO_BE_REPLACED 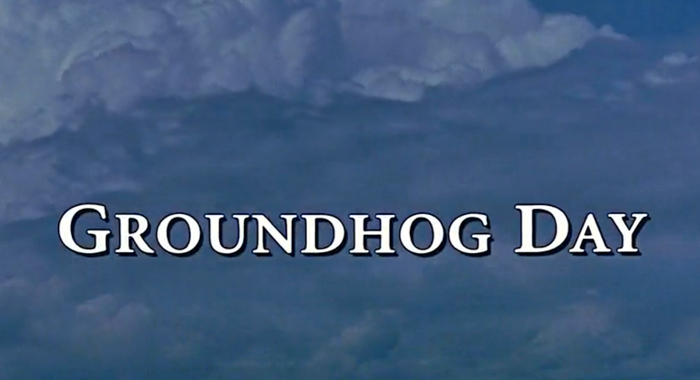 In 1993, my mom, my two younger sisters, and 16-year-old me ventured to a movie theater in Gaithersburg, Maryland.  My mom had some odd desire to see “Jack the Bear,” a movie starring Danny DeVito.  My sisters and I, having recently seen “Groundhog Day” with our father the weekend prior (our parents were divorced), had a different idea. END_OF_DOCUMENT_TOKEN_TO_BE_REPLACED

You will get through this, Earth!  Even if it takes a full year to beat this virus, that’s only 88 days. – Mercury

Good luck, Planet Earth!  Don’t worry if you run out of water.  We ran out years ago and are mostly fine.

Hey pal!  You will weather this storm.  Believe me.  I’ve been weathering one for 350 years.

Oh Earth!  If you need anything – a pep talk or a shipment of hand sanitizer – just give me a ring.  Love, Saturn 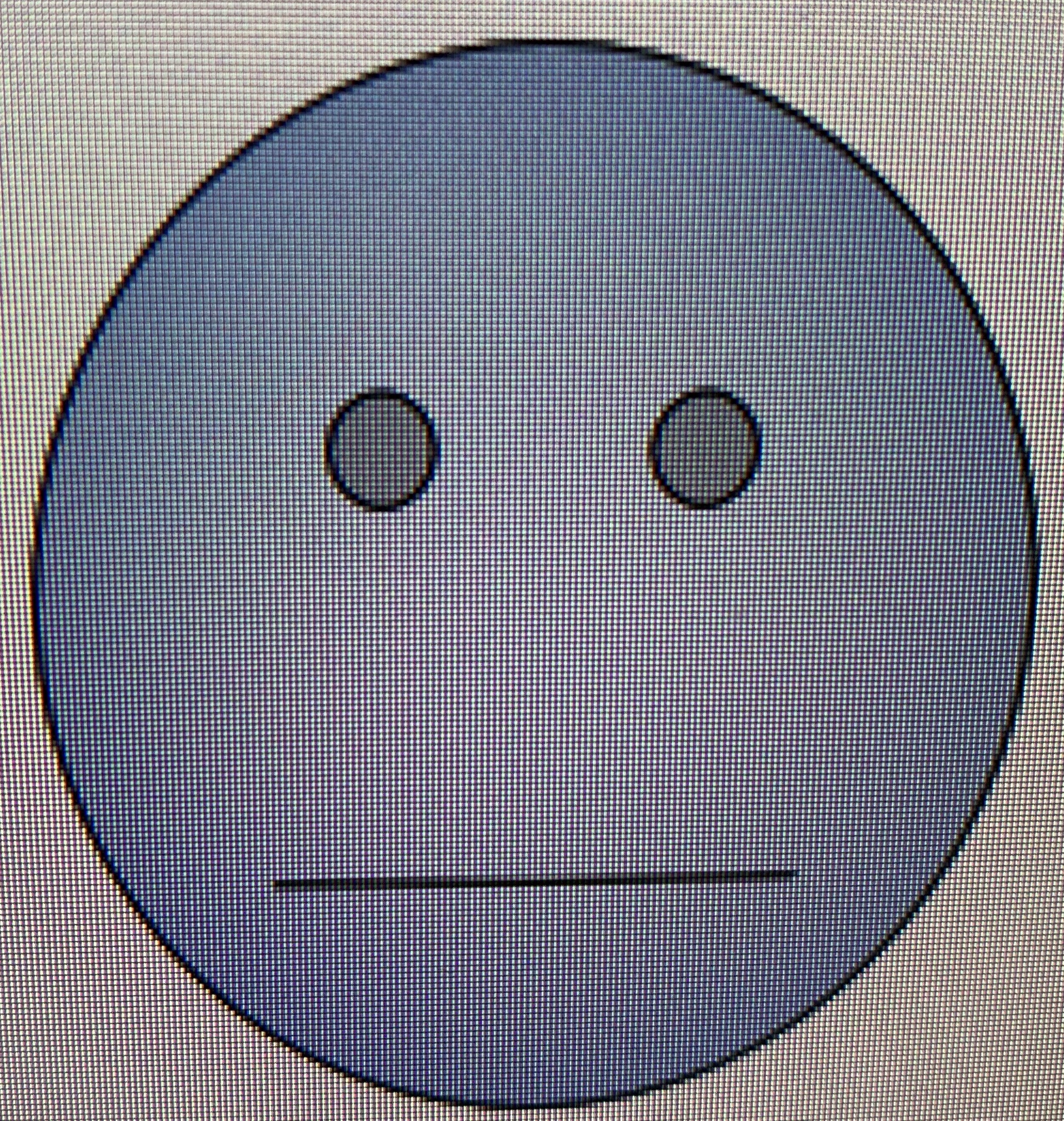 You can do this, Earth.  Uranus has always been behind you.  LOL. 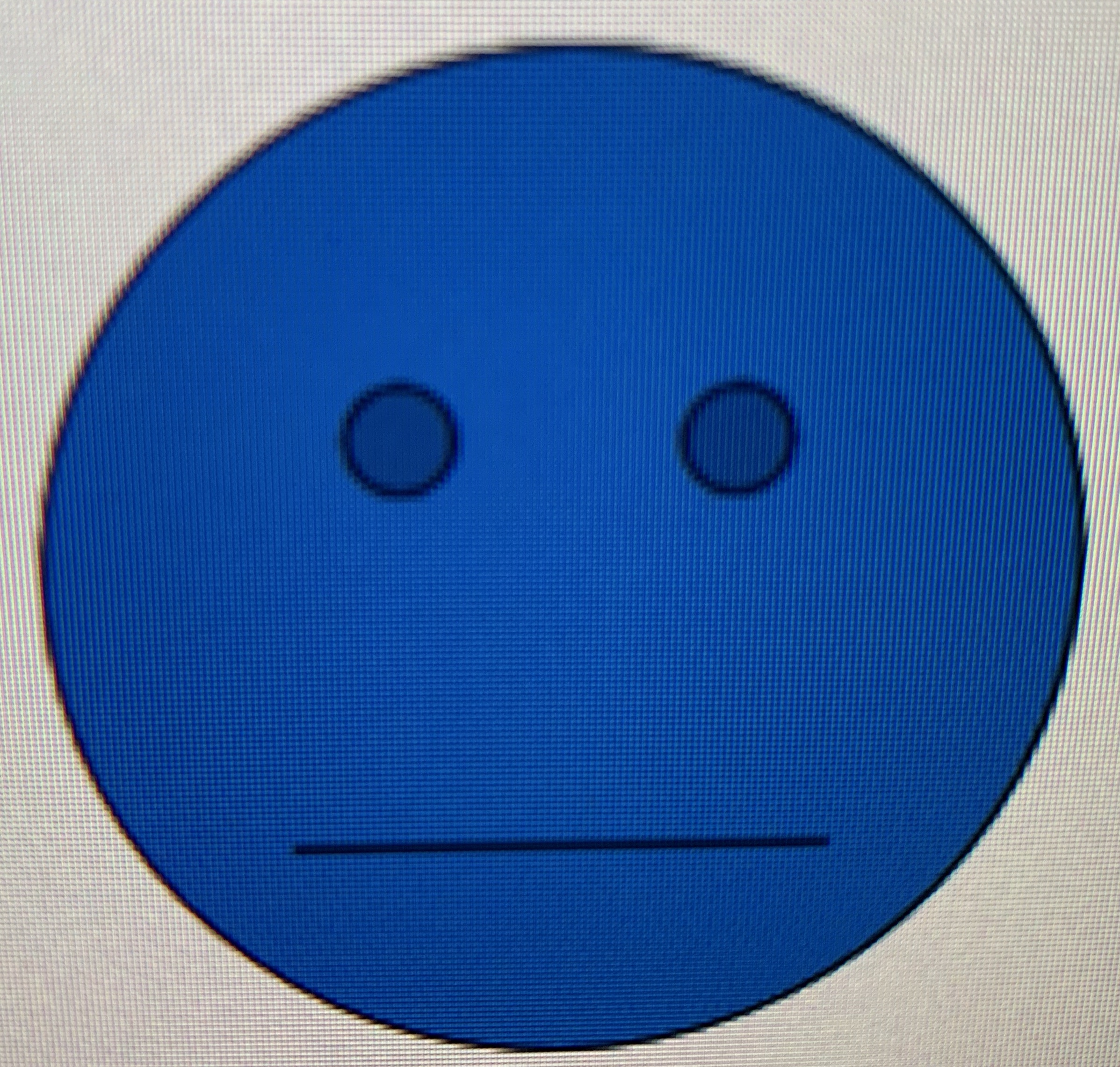 I know I’ve been rather distant in the past but when this is over, let’s hang out.

I know you only consider me a planet some of the time but I consider you a friend all of the time. 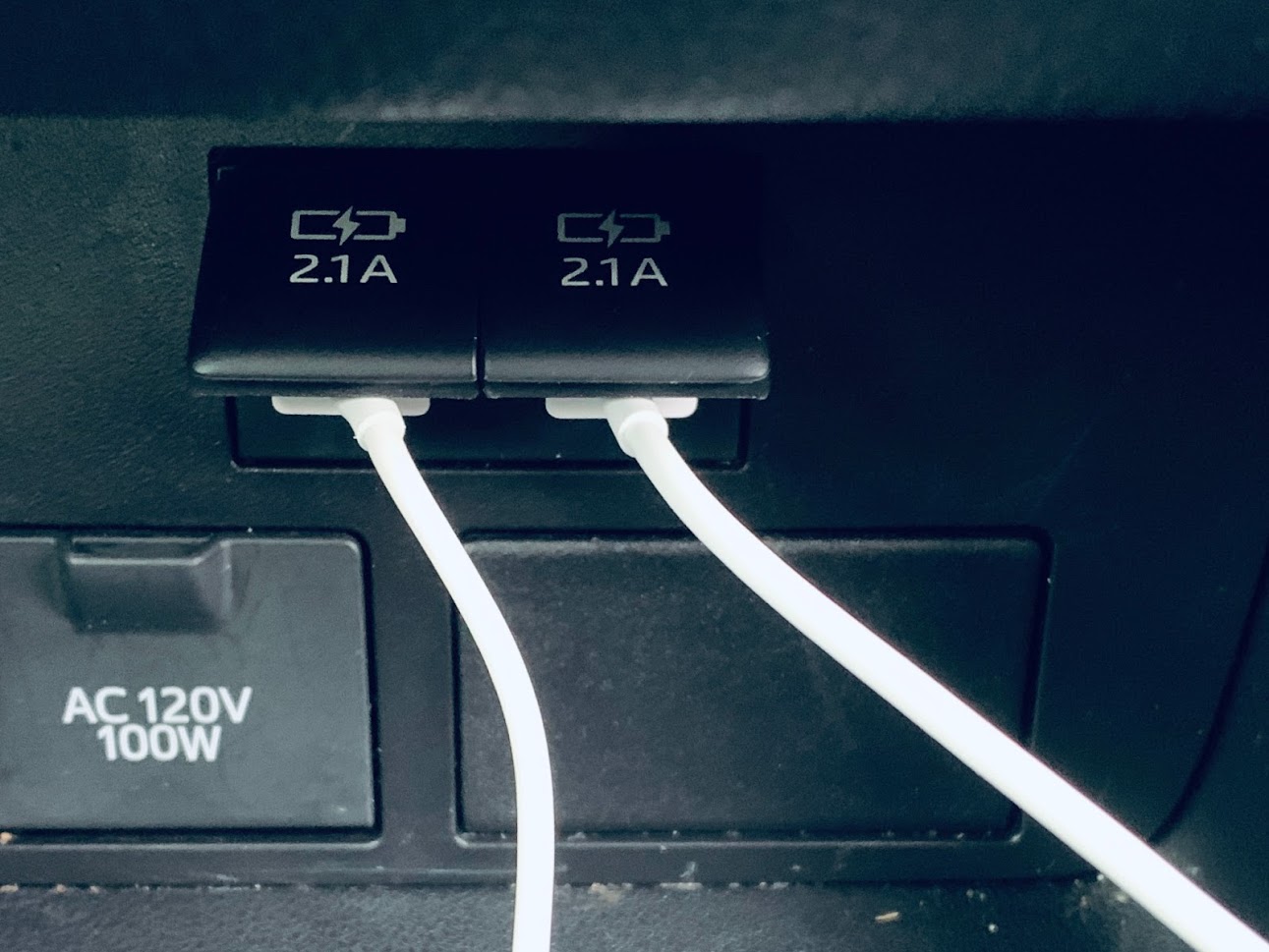 Road trips with teenage kids require patience, snacks, and cars with built-in phone chargers.  While the first two are very important, the third is by far the most important. In fact, road trips of distances greater than eleven miles with teenagers are strongly discouraged unless your car comes equipped with these life-saving chargers. END_OF_DOCUMENT_TOKEN_TO_BE_REPLACED

This memo is to inform the American people that I will be resigning from my post in the Executive Branch of the United States government immediately.  Under the current political climate, I am no longer an effective representation of inspiration and hope that I once was. END_OF_DOCUMENT_TOKEN_TO_BE_REPLACED

It’s that time of year again, when your colleagues expect you to join them in the conference room for the annual holiday potluck celebration.  It is baffling, and downright disturbing, how many people actually get excited about this annual event of involuntary socialization and white lies about the tastiness of the different foods you are being forced to eat. END_OF_DOCUMENT_TOKEN_TO_BE_REPLACED

Well we know where we’re going

But we don’t know where we’ve been

And we know what we’re knowing

But we can’t say what we’ve seen

One of my in shape friends once told me that running a marathon can be done by anyone because it’s just “mind over matter.”  When I finally stopped laughing eleven days later, I dismissed his claim as being an outright fabrication and a complete misinterpretation of the phrase.  I have it on good authority that the creator of the saying was not applying it to physical activity of any kind, especially running. What he meant by “mind over matter,” was eating a seventh Little Debbie Oatmeal Cream Pie when he should’ve stopped at six.

Look, I’ve got nothing against running at all.  I don’t even have anything against runners, though I do find some of them to be quite scurrilous.  My wife is a non-scurrilous runner, as is my daughter. I have good friends who are non-scurrilous runners.  I share sidewalks with runners all the time as I walk – not run – and sometimes I even get out of their way as they barrel towards me, elbows flailing and mucous projectiles flying out of their mouths.  For the most part these runners aren’t being rude when they run by. It’s just that running can make people seem disingenuous and unnecessarily aggressive. I think it has to do with a combination of dangerously elevated heart rates and forward momentum.

There is one runner in my neighborhood, an audacious little fellow, who refuses to share any publicly owned space.  He thinks that all paved areas the County ever constructed are his and his alone, and that he can do with them as he pleases.  I don’t get out of the way of that guy. In fact, I’m always up for a game of chicken when Captain Bonaparte comes running towards me.  Inevitably he cowers in fear as I stick out my chest and give him the respect-your-elders stare, even though I think he’s older than me.

In my opinion, there seems to be no incentive to running a marathon besides being able to say that you ran a marathon.  That simply isn’t motivation enough for me to trek 26.2 miles.

“But, once you get the runner’s high, you’ll feel like you can run forever,” said my over-exuberant running friend.

“For me it’s around mile twelve.”

This same well-meaning individual tried to entice me to run by saying that there is sometimes beer at the end of these runs.  Sometimes? I laughed. “There is always beer in my fridge,” I said, unimpressed, “and I don’t have to run a bazillion miles to get it.”

When I was 17 years old or so, with functional knees and a not-yet-completely-developed-brain, the idea of running a marathon was intriguing.  I could get out and commune with nature while also putting in some sweat equity, I thought.  It would be magnificent!  Yes, I said to myself.  I will become a marathon runner!  And if marathon’s were only 0.3 miles long, I would’ve become a marathon runner.

A decade or so ago, as I stood firmly in my early 30’s, I actually was a runner, and while I never got close to a marathon, it was oftentimes rewarding to have lived through the experience of running.

Now, I don’t even like driving 26.2 miles.  My friend was right though, running a marathon really is mind over matter and since I don’t mind never running one, it doesn’t matter.  I will eat that seventh Little Debbie Oatmeal Cream Pie though.

Sometimes I can’t sleep.  It’s not as heinous as it sounds.  Lying awake in the dead of night is a perfect time to create drama out of the mundane events of the previous day.  Was I successfully able to hide my indifference at work, and if not, what can I do to be better at that in the future?  Did I actually put premium gas into my car this morning as the dealer suggested, and if not, what will regular gas do to my engine?  Are bed bugs nocturnal, and if so, could the threat they cause to the public’s health be negated if everyone just slept during the day?  Why am I itching so much? END_OF_DOCUMENT_TOKEN_TO_BE_REPLACED

The Author of Sarcasm
Blog at WordPress.com.
Loading Comments...